This post is part of a larger media experiment describing why, and how, Clef moved to Oakland. If you want to read more, visit the timeline at oakland.is/home or tell us your thoughts with #oaklandis on Twitter. 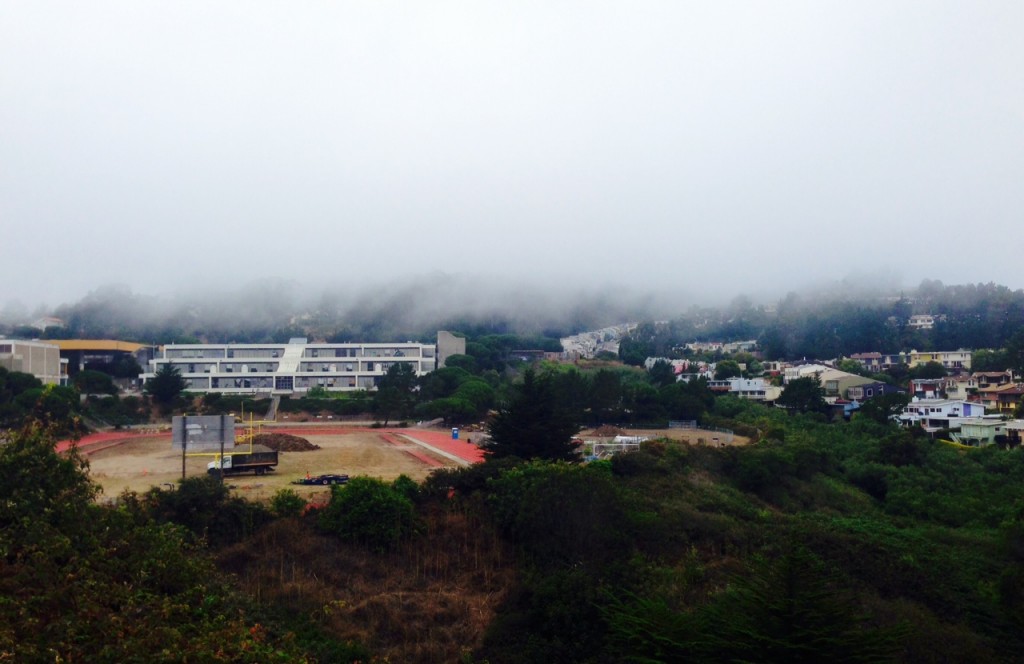 It gets foggy in Excelsior. Not as much as the Sunset, but the "wall of fog" up there kind of leaks down and casts a gray in the mornings and evenings.

On July 27th, though, the sun was rearing its head, and we were feeling good.

We were about to visit an apartment only a few blocks away with high hopes. Rent was only $3000 a month, the bedrooms looked sunny and big in the Craigslist post, and it was almost next door. It wouldn't be the palace we'd found for the summer, but it was close enough (and cheap enough) that we'd be happy.

I never considered $3000 a month cheap until I started looking for apartments in San Francisco. Every day we looked, we lowered our expectations a little more. It's amazing what relative pricing does to the brain - we started out with an absolute maximum of $3300, and by the end of the week, we were all looking at the $4000 apartments and wondering, "Why couldn't we?"

That day I was bluntly educated by the city of San Francisco about what $3000 a month gets you. The bedrooms were tiny and narrow, like slightly widened hallways and nothing like the pictures. The bathroom (only one) was very small, and even though I'm short,1 I could barely fit my head underneath the shower head. But these were just gripes, things we could live with and get accustomed to over time.

We continued doing our walkthrough-I like to circle around a few times pretending like I know all the things a responsible renter is supposed to look for-until we realized: there's no kitchen. The three of us were piled into the bathroom, quietly wondering aloud where the kitchen was, when we heard another prospective tenant ask the owner the same question.

"Sorry, there's no kitchen. But you can put a hotplate right here."2

Brennen turned to me, flattened his mouth and said, "Nope," and we booked it out of there.

The place was not physically unlivable.3 It had bedrooms, it had bathrooms, it had a place where food could be cooked. But it was $3000 a month. I didn't want to live there for a year and pay that price. What pained me is that most people couldn't pay that price. I've read the articles about tech people invading the city, paying 10 bucks for a slice of bread and a cup of coffee. And there I was, a tech person who comes from privilege in San Francisco looking for an apartment, increasing the cost of living for everyone. I wasn't an artist or an SF local or a student. I was the reason why, for $3000 a month, you got an apartment with a little counter where you could put a hotplate.

I didn't want to be a part of that problem.

I didn't want to make people pay exorbitantly to just get by.

But dammit, I needed a place to live.

The next piece in this series is Moving Alone.